THE PALATE IS THE BRAIN.

Scientific findings are a gift for chefs to experiment with new sensations.

Scientists and chefs collaborate and invent new methods of food treatment, such as Ferran Adrià’s spherifications or José Andrés’ carbonated mojito spheres. But now it is also neuroscience that is beginning to be interested in gastronomy and gastronomy in neuroscience. Experts from both fields investigate how the brain receives stimuli and information that the sensory organs send to it. From that kaleidoscope, a single mental image is analyzed and composed so that we can enjoy a good meal.

IMiguel Sánchez Romera, the only neurologist in the world who is also a chef awarded by the Michelin Guide. He thinks that we eat through our senses – sight, hearing, taste, smell and touch – which are the tools that evolution has endowed us with to know and relate to the world. The senses pick up stimuli and send them to the brain, where they are processed and interpreted.

When it comes to eating, the first thing that comes into play is sight.

The brain processes the image of the food, registers the information of shape and color, encodes it, searches its archive and relates what it sees with what is already stored and identifies. Vision predisposes, prepares, and raises expectations of what will be tasted from past experiences.

For example: If we see a banana, we will hope that when we peel it, it will be the color we know bananas to be, and that it will taste and smell just as we have it stored in memory.

It confirms what the sight has perceived and gives it discriminatory nuances, it puts the emotions in it. The odorous molecules from food sneak through the nose to the pituitary, covered with a kind of carpet of receptor cells that fix the odorous molecules, recognize them and send electrical signals to the brain, which end up in the olfactory bulb, which perceives the smell although it does not identify it. They then go through the limbic system, where emotions are triggered. And, finally, they reach the cerebral cortex and the hypothalamus, where they are compared with the information stored in memory and interpreted, to identify what we smell.

IThrough certain foods or ways of preparing them we can affect people’s mood.

Both taste and smell, but especially the latter, activate memories, emotions, in the brain. It is a guideline of our work, creating states of mind or influencing them ”.

IN ADDITION, WE SMELL TWICE:

The first through the nose and, the second, when we put a bite in our mouth and begin to chew it. The vaporized odorous molecules travel through the back of the mouth until they reach the nasal cavity, where they find the same receptors that are activated when we smell something.

Then there is taste, which works much like smell.

A good example of this is one of the desserts on the Can Roca menu: an opaque ball of caramel that, when breaking it with the spoon, the diner, fascinated, discovers that smoke appears from an oak wood embers.

THE FLOATING GARDENS OF MEXICO CITY. 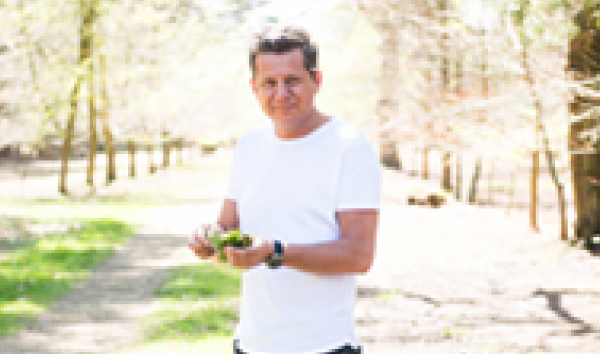 Award-winning chef and restauranteur, living between the UK and Mexico, who has been privileged to cook for Heads of State, politicians and celebrities from around the world.